“There is nothing more damning to go down to posterity than a silly, foolish smile caught and fixed forever.” — Mark Twain

A while back I took my granddaughter to Hudson Gardens on an outing.  I had a couple of family photo sessions coming up and wanted to check out the lighting there. Skylar is a great helper and I often use her for practice shots. By now she is so used to me and my camera that posing for pictures has become second nature. I’ve always encouraged her to look natural for photographs and I avoid the ever popular phrase, “Say cheese” to coax a smile.

Why do we say cheese?

Now, I know we’ve all been guilty of asking for the “cheese”.  As mothers we wait forever for that rare moment when we can, at last, get a nice picture of our child. Her hair has finally grown out from the last time she found the scissors and whacked away at her bangs, or from when you had to chopped out the gum she lost in her sleep. Her hair is actually clean and tidy – another good sign. She’s even agreed to  wear that darling dress that you love – and she hates.  Her nose isn’t running and there are no visible cuts or bruises. The planets have aligned …a chance of a lifetime! Everything looks good except for the grumpy look on her face. Then you do it. It just slips out of your mouth.  You say, “OK darling, Say cheese!”

Let’s face it. Sometimes it’s the only thing that works.

But now we’ve created a monster! After a while we don’t even need to say it! We’ve conditioned our kids to respond with that cheesy grin as soon as we take out the camera. They see the camera and immediately contort their little faces into a large toothy mask that is anything but real. What’s crazy is that some of us carry that same look into adulthood and continue to get cheesy pictures! We’ve been so conditioned to “say cheese” that we will forever be immortalized as a race of goofy looking people with large plastic smiles.

So, back to my outing with my granddaughter. As we walked around the lake, a gentleman and his daughter were standing nearby. I waited patiently as he posed the little girl in front of a blazing orange sumac bush that I also intended to use as a backdrop.  Then he said the inevitable words, “Say cheese, Laci.” The child gave her biggest, toothiest, cheesiest smile. The dad took several picture and finally responded with disappointment in his voice, “Well, that was a good try.” I could only imagine what kind of pictures he got.

As we left the park I leaned over to my granddaughter and said, “I don’t care what anyone tells you, refuse to say cheese”. 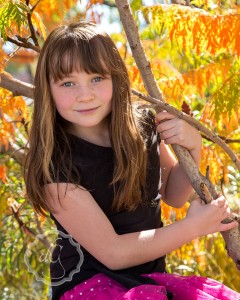